GBP/CHF continues to rise after the recent breakout of the hourly Triangle chart pattern which was previously identified by Autochartist. Autochartist rates the quality of this Triangle at the 5-bar level – which is the result of the above average Initial Trend, Uniformity and strong Clarity (all rated at the 6  bar level). GBP/CHF is expected to rise further toward the forecast price 1.3119 – in line with the earlier upward reversal from the support area described below.

As can be seen from the daily GBP/CHF below, the pair earlier reversed up from the support area lying between the support levels 1.3000 and 1.2940 (low of the Morning Star from March) and the 38.2% Fibonacci correction of the previous upward impulse from January. The proximity of this support area increases the probability GBP/CHF will continue to rise toward the forecast price 1.3119. 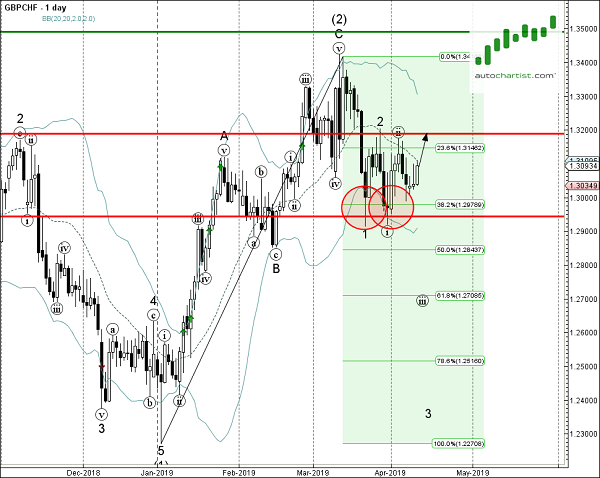 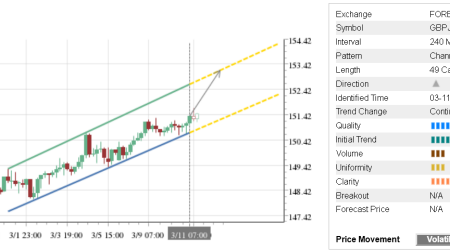 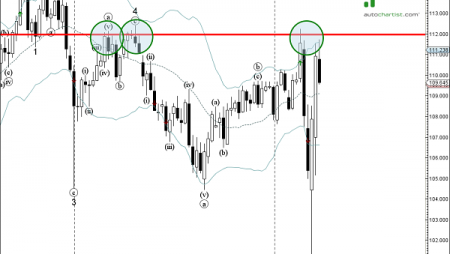 By: Dima Chernovolov GBP/AUD recently broke the key resistance level 1.7030, which was previously identified by Autochartist. Autochartist measures the... END_OF_DOCUMENT_TOKEN_TO_BE_REPLACED

By: Dima Chernovolov CHF/JPY recently broke the key resistance level 146.89 which was previously identified by Autochartist. Autochartist rates the... END_OF_DOCUMENT_TOKEN_TO_BE_REPLACED