GBP/CHF recently broke the 4-hour Triangle chart pattern which was identified previously by Autochartist. Autochartist rates the quality of this Triangle at the 4-bar level – which reflects the slow Initial Trend (1 bar), above-average Uniformity (6 bars) and strong Clarity (8 bars). GBP/CHF is expected to rise toward the forecast price 1.2197 – in line with the earlier upward reversal from the key support area shown below.

As can be seen from the weekly GBP/CHF chart below, the bottom of this Triangle formed when the pair reversed up from the major support area lying between the long-term support level 1.1700 (which also stopped the sharp downtrend in 2016) and the lower weekly Bollinger Band. The proximity of this support area increases the probability GBP/CHF will continue to rise toward the forecast price 1.2197. 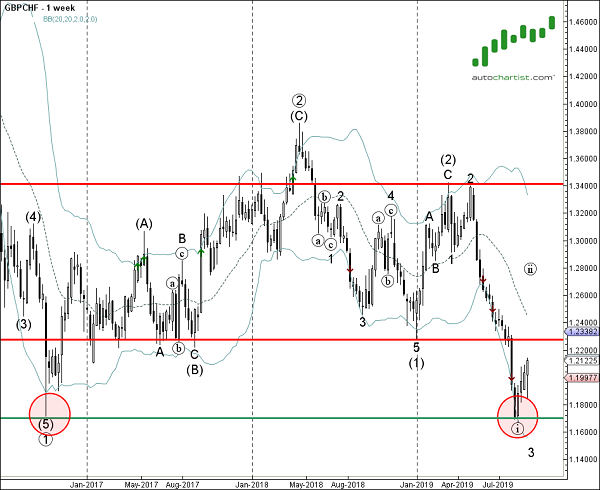 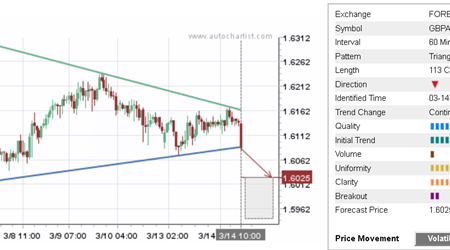 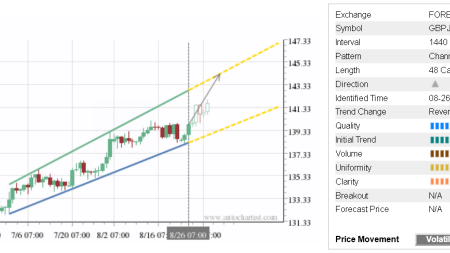 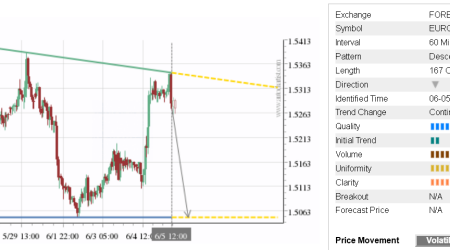 By: Dima Chernovolov GBP/CHF continues to fall inside the 30-minute Down Channel chart pattern, which was recently identified by Autochartist.... END_OF_DOCUMENT_TOKEN_TO_BE_REPLACED

By: Dima Chernovolov USD/JPY recently broke the key support level 113.90 which was previously identified by Autochartist on the 30-minute... END_OF_DOCUMENT_TOKEN_TO_BE_REPLACED