CHF/JPY continues to fall inside the daily Down Channel chart pattern, which was previously identified by Autochartist. Autochartist measures the quality of this Down Channel at the 8-bar level – which is the result of the strong Initial Trend (10 bars), above-average Uniformity (6 bars) and higher Clarity (7 bars). CHF/JPY is expected to fall further inside this Down Channel in line with the earlier breakout of the charts patterns shown below.

As can be seen from the daily CHF/JPY chart below, the pair earlier broke the support trendlines of the short-term daily up channel from the start of November and also the support trendline for the long-term daily Triangle from the middle of 2020 – which added to the bearish pressure on CHF/JPY . Both of the broken trendines are acting as resistance trendines now. The proximity of these resistance trendlines adds to the probability CHF/JPY will continue to fall inside this daily Down Channel. 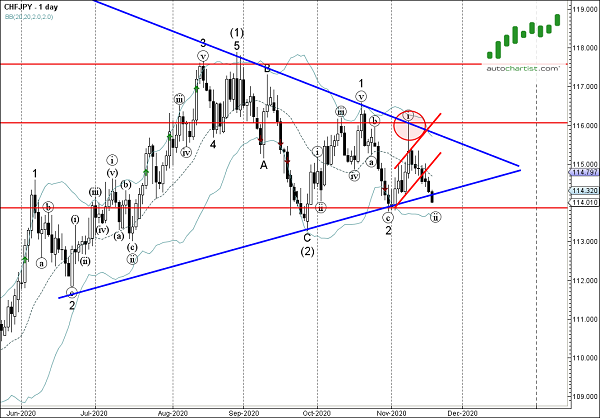 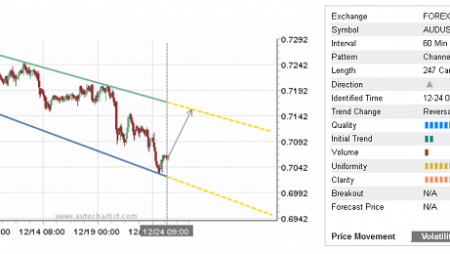 By: Dima Chernovolov CAD/CHF recently broke the key support level 0.7614, which was previously identified by Autochartist. Autochartist rates the... END_OF_DOCUMENT_TOKEN_TO_BE_REPLACED