USD/CHF recently broke the key resistance level 0.9669, which was previously identified by Autochartist. Autochartist rates the Significance of this resistance level at the 6-bar level – which is the result of the six previous price reversals from this price level. USD/CHF is expected to continue to rise toward the forecast price 0.9700.

As can be seen from the daily USD/CHF chart below – the pair earlier broke through the resistance area located at the intersection of the key resistance level 0.9650 (which has been reversing the pair from July), resistance trendline from June and the 50% Fibonacci correction of the downward impulse from July. This price area is acting as the support zone after it was broken. The proximity of this support area adds to the probability USD/CHF will continue to rise toward the forecast price 0.9700. 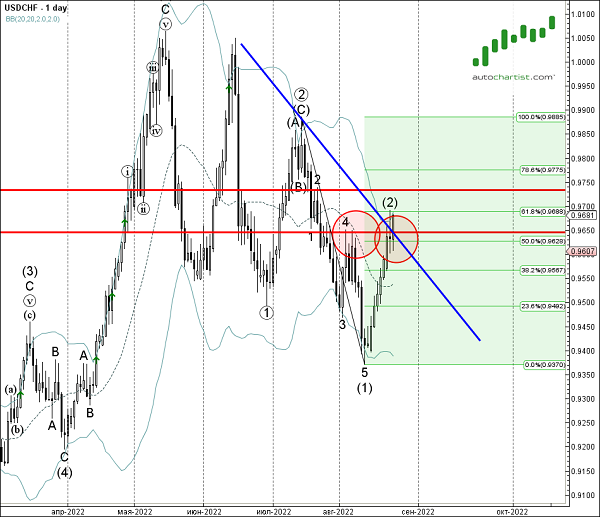 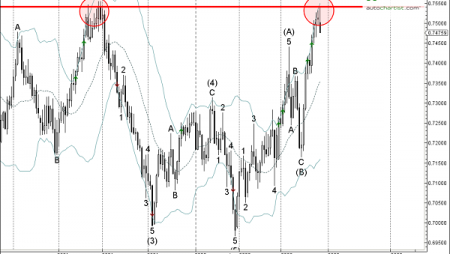 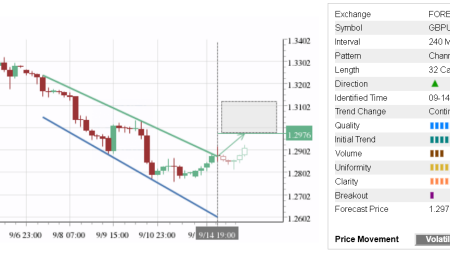 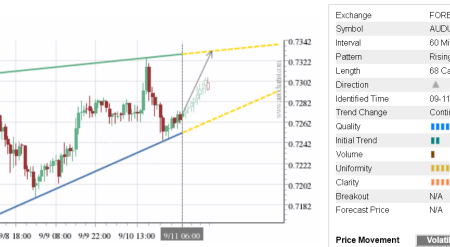 By: Dima Chernovolov GBP/AUD recently broke the key resistance level 1.7030, which was previously identified by Autochartist. Autochartist measures the... END_OF_DOCUMENT_TOKEN_TO_BE_REPLACED